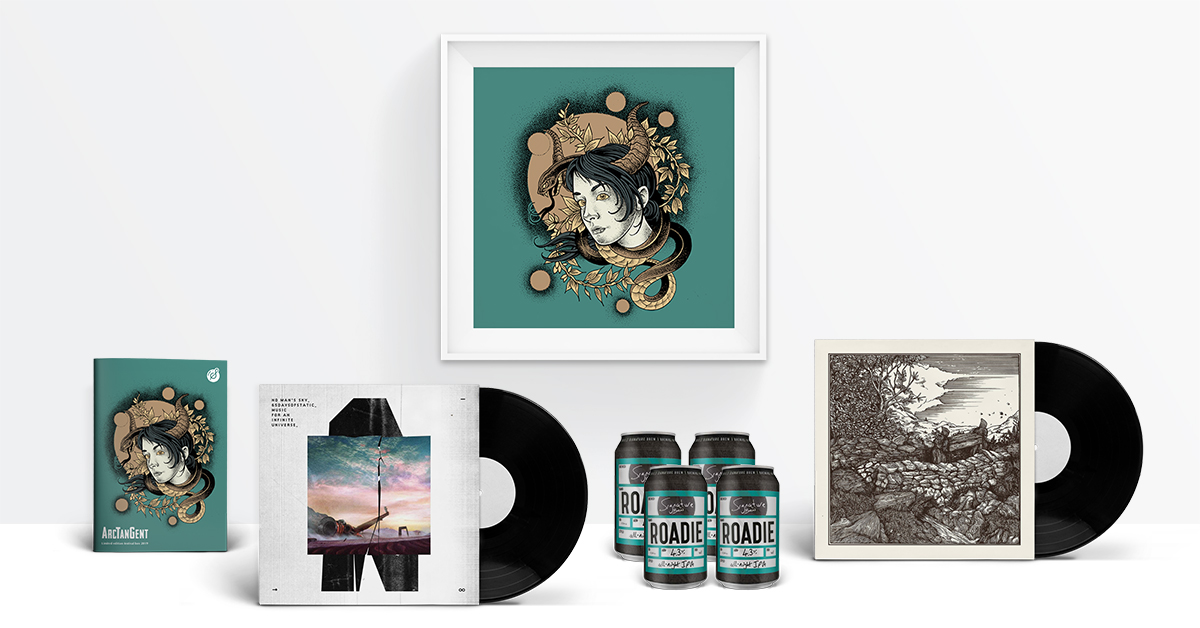 Monthly record club Stylus Vinyl has teamed up with the critically acclaimed ArcTanGent to curate a limited-edition box set, exclusive to attendees at this year’s festival. Each box will feature two 12” records: the 2LP version of No Man’s Sky: Music From An Infinite Universe by 65daysofstatic; and Mire, the debut record from genre-hopping Midlanders, Conjurer.

The box will also include an exclusive art print, designed by illustrator Jimbob Isaac, who created the festival’s unique illustrated branding. In addition, a special issue of the Stylus magazine will be included, featuring interviews with the bands, listening notes for the music and more. There’ll also be a four pack of beer from the music-focused Signature Brew.

“We’re so excited to team-up with ArcTanGent for this”, says Stylus’s director, Russ. “The festival’s been a favourite among our friends since it started. It’s given genuine alternative music the proper festival treatment and has established a loyal community as a result. That’s why it’s a neat fit. At our end, each box we put together is a labour of love, celebrating and paying homage to great music.”

Russ goes on to say: “I’m dead chuffed about the albums we’ve selected. They’re a good representation of what ArcTanGent is all about, I think. On the one hand, with the 65daysofstatic record, you’ve got expansive, cinematic soundscapes and, on the other, with Conjurer, you’ve got a band who successfully and creatively straddle every sub-genre of metal you can imagine.”

Goc O’Callaghan, ArcTanGent’s founder and director says: “It’s important that ArcTanGent pushes innovative approaches and collaborations to offer our fans something as unique as the line-up we curate. With the ArcTanGent crowd being very merch hungry, it made sense to collaborate with Stylus to produce a limited-edition ArcTanGent special box. It’s taken a long time to pull this all together but absolutely worth it. These are available for pre-order from the ArcTanGent website for collection in the merch tent at the festival.”

The collaboration box is now available for pre-order in the merch section of the ArcTanGent website and in the shop on the Stylus website. With the records alone retailing at a combined cost of £46+, the £55 price tag is a steal for those who want to take home some festival memorabilia.